It was the most unforgettable trip I ever had. The mix of impressive Alps and fairy tale villages and castles, what could be better? The only regret that I had only four days, otherwise I would explore more.
We started in Munich Airport, picked the rental car and en route. Here my plans crashed the very first time (actually, Munich Airport was the only place I had issues during this trip). At first, the airline I flew lost my baggage. With most of my things.
Then the plane with my friend was delayed for two hours. Doh! So instead of leaving right after lunch, we started just more than an hour before sunset.

Honestly, the drive to the Alps was very scenic. We even stopped once, somewhere 20 mins before Fussen to enjoy the view.
Fussen is a lovely touristic town. It’s not just an overnight stop for those who explore Neuschwanstein castle. The town has a fantastic walkable old town and castle.
We checked in the hotel and went to explore the town after the dark. The place felt already sleeping. There were not many places open for dinner. We tried the one, recommended by our hotel but they had more than 30 mins wait. So we went to the nearby Restaurant Ludwig Gaststätte. Early in the morning we drove to the Hohenschwangau village just below Neuschwanstein Castle and parked our car there. Read this post about castles and nearby parks.
My recommendation is to wake super early, to be near the castles at the sunrise. This way you will beat the crowds and have most of the day for the further explorations.

If you have a chance to stop only in one village in Bavaria, you should do it in Oberammergau. The place is charming!
First of all, it’s situated right at the base of Bavarian Alps in the region of Garmisch-Partenkirchen, which by itself has dozens of stunning trails to explore.
The second, Lüftlmalerei. This german word is used to describe facades of the houses in the town. Each one looks like a painting!
The third, the interior of Church St. Peter and Paul. The simple building from outside looks like a jewelry box from inside.
The fourth, they not just do souvenirs. They craft state of the art. Their wood-carving skills are well-known in all Bavaria.
And the last, Passion Play. Locals started to perform this play from 1634 when the town was hit with the plague, and citizens vowed to play the Passion of Christ once every ten years if that plague spared them.

Benedictine monastery Ettal Abbey in the village of Ettal close to Oberammergau is one of the largest Benedictine houses. With stunning exterior, beautiful interior, and interesting history, this place is a great stop.

When we entered Tegernsee, we immediately felt this slow vacation mood. The town is a resort on the lake with the same name. The drive to it follows the shoreline and is scenic by itself.
We drove to the town center and walked towards the Kath. Pfarrkirche St. Quirinus Tegernsee. Right under the tower of it, we got our lunch at the local beer hall, Bräustüberl Tegernsee (which food and prices we remembered several times in Munich) and then walked near the lake and enjoyed the warm sunny (yet) weather.

We drove that day to our hotel near the National park Berchtesgaden. I had no expectations towards the region, so when after the final switchback we suddenly see amazing mountain valley under the last rays of the sun, I cannot simply drive by. Small town near the very popular national park and close to the Austria border is an eye and photographic delight.
We stayed that night at Berghotel Rehlegg. Usually I say nothing about the hotels, but this one became a pleasant surprise. They had the wide selection of dishes on their dinner and breakfast, nice rooms, and a stunning view.

Perhaps, you even saw this picturesque small church of St. Sebastian. It looks simple but very organic on the bank of the creek with (usually but not when we visited) the background of impressive mountains.

The goal of the next day was to explore Berchtesgaden National Park. This popular park was my dream destination. Read more about my park impressions in this post.

It was obvious that we will finish our trip with the Munich. The city has so many to offer and so many to impress. We planned to visit the week after the Octoberfest, so the place was quieter (and cheaper). But the event is also an impressive thing to attend. Read more about our adventures in the city here. 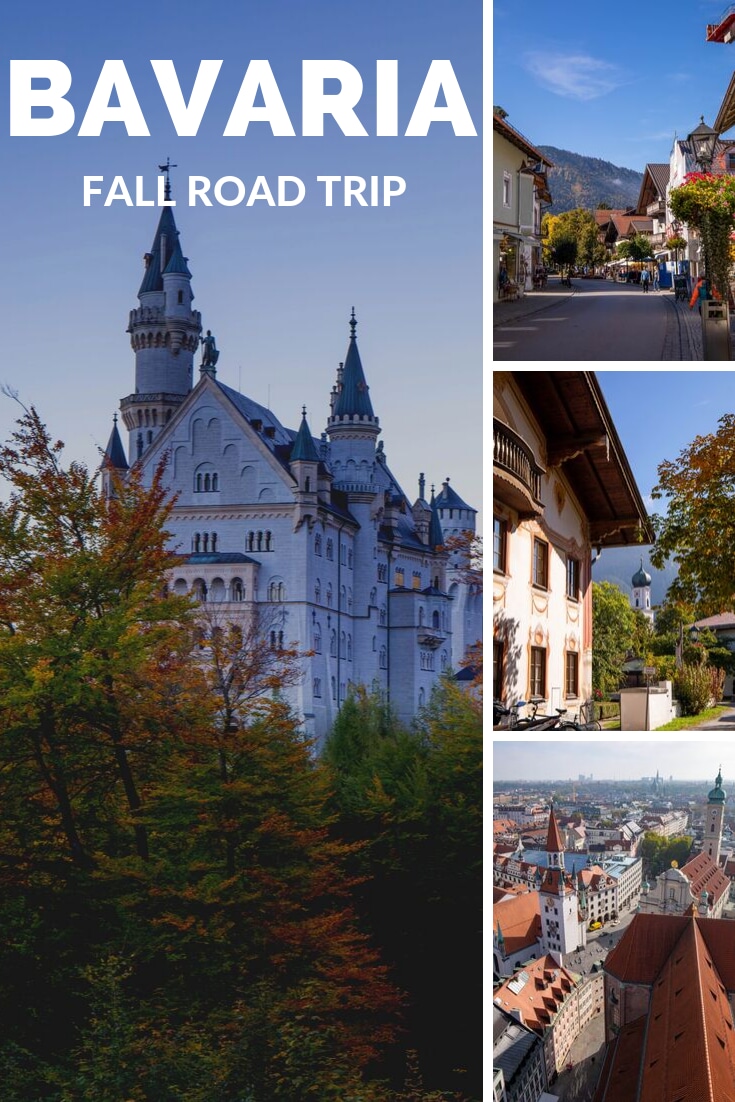