It was our third visit to Death Valley. The first time I felt disappointed: it was hot February of 2015, everything felt too bright under the sun. The second time we visited with a massive deal of understanding of southwest deserts with the baggage of hikes in Utah and Nevada. That trip was adequately planned, we were able to avoid crowds, so I changed my mind. Death Valley is not at the top of visited national parks, but it’s a park I always glad to visit again and again.
To begin with, I want to emphasize that the trip was planned around Racetrack Playa. We (alright, I) wanted to see moving rocks; it was on my list for too long. That resulted that us spent our first day in the northern region of the park.

After the Mesquite Dunes, most of the visitors turn right on Hwy 190, which goes to Badwater Basin and the most popular canyon hikes. Right on the same intersection, if you take a left, Scotty Castle Road will lead you through less-visited attractions. And especially, while Scotty Castle itself is closed till 2020, you could find yourself relatively lonely in this famous national park.
Along the road, there are a bunch of the grand canyon hikes: Titus, Red Wall, Fall Canyons, already mentioned, Scotty’s Castle, Mesquite Springs Campground, and Grapevine Springs. And to Ubehebe Crater, which I will show you here later. A lot, as you see.
But after the crater, dirt, and rough Racetrack Valley Road which leads to its namesake, Racetrack Playa. I would suggest to rent a jeep near Furnace Creek Village and not risk your SUV. We did it on our rental AWD, I had a few moments of panic.
The playa is more than 20 miles from the crater, and if you are not used to such drives, you will be tired by the end. However, in 20 miles, you will see a colorful Teakettle Junction that will mark your progress; it would be an excellent place to stop and stretch yourself, and of course, take photos.

Racetrack Playa is mostly famous for its moving rocks. And the road to it (kidding). You will feel happy when you see the parking lot filled with jeeps and trucks. Before you get too excited, let me tell you that Racetrack Playa has three parking areas at it. The first one is close to the Grandstand, a black rock structure, the second provides access to the center of the playa, and the third one is closest to the moving rocks.

Ubehebe Crater is the first or the last stop on Racetrack Drive. It’s a great place to shot during the golden light when the sun moved behind the nearest ridge, but it’s still not dark to get beautiful colors of craters.
There is a trail along the edge of the crater, another one down to its center. From the path that follows the ridge of the crater, you could reach Little Hebe Crater.

Night in the park

We stayed in the cabin at the Ranch at Death Valley. It was a great place to end the day have a dunner and deep night sleep. There are a restaurant and a buffet. The buffet serves breakfast, lunch, and dinner.

I recently read that the high and sharp cliff that is so prominent at Zabriskie Point is named Manly Beacon. The red cliffs north of it are Red Cathedral.
I was afraid that clouds would be too heavy for a colorful sunrise. Though sun raised and started a fire over the gray clouds above the parking lot. Then clouds above the valley catch the gleam of the purple, and eventually, the magic begins. The ridge on the opposite side started to color with purple.
We arrived at the parking lot 20 mins before sunrise, but it was almost full. And the hills near the vista point had lined photographers. I even didn’t try my chances there, just selected a point on the trail before the overlook. I spot a photographer on Manly Beacon’s peak and a few on the top of the nearest hills.
I only could assume how crowded it could be here during the sunset.

When Zabriskie Point is the most known and photographed, Dante’s View has the best aerial views. It’s located right above Badwater Basin and has a sweeping view of Death Valley. The vista point is very windy and could be very cold. The day we visit, the temperature there was around 30 F. Yeap, cold.

When it’s your third visit, you start to search for something exotic to do. I thought Racetrack Play would be the most unusual place that we are not entirely prepared for. However, Grotto Canyon got this.
Grotto Canyon is close to the well-known Mosaic Canyon. And it’s hard to find if you didn’t pin the location when you have a cellular connection. Otherwise, good luck. There is no sign. We actually weren’t able to find the access road to it the first time. We drove further, passed the turn to Mesquite Dunes, and stopped at the visitor center at Stovepipe Wells to get an official map, only in order not to find any mention of Grotto Canyon on it.
Then we found the connection again and somehow found the location on Google Maps (yeah, rule number one: have offline maps of your area before the trip). We returned past Mesquite Dunes to find the hardly visible dirt road.
Somewhere in hundred yards, the road has a sign that there is Grotto Canyon at the end. The road was rough. You should not try it on the sedan or without high clearance.
Now, you will need to drive up to the point when you will see a sign that you cannot proceed any further. If your car cannot complete the whole 2 miles, find the right place to park it and hike.
Now let me tell you about a hike. Oh, it’s rough. It’s technical. It requires strong hands and some knowledge of climbing or bouldering. And would advise against solo hiking here. Please think twice before doing it, or better don’t. Or bring a lot of ropes or a ladder. Or two ladders.
Honestly, I felt miserable there. There was a rope on the first dryfall, and I struggled even there. I’m not a climber. I know I have my limitations, and if I relied on my hands, I would better avoid it at all.

Then we hiked a hundred yards to reach the second dry fall. There was no rope. And if I were there alone, I would not even think about it. It’s actually an overhanging ledge on the same height as my head. I almost cried there. But we still did it. There is a section of narrows right after it, and it looks nice.
After it, there is a smooth 10′ chimney, wet. I didn’t even want to look at it. It seemed unpassable. Most of the hikers, as later turned out, rarely pass it.
I want to suggest you think before climbing the first two dry falls, how will you climb them down. Because I didn’t do it. And the second dryfall started my panic. When we reached the rope and the first, I almost cried again.

However, the road back to the highway has a beautiful view of the dunes and their ranges.

Before planning the trip, also read the post about the day in Death Valley National Park. 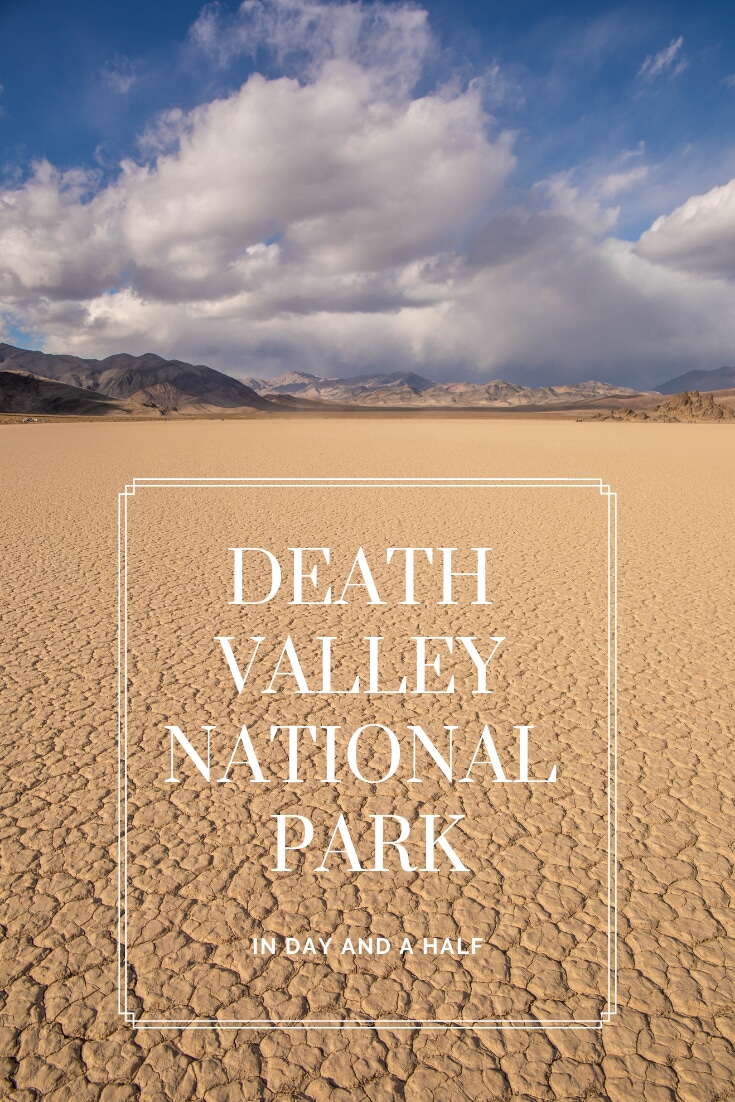