Each mile of the roads in the park will open another extremely unique and unforgettable view. However because of a limited time, we visited only the most impressive.

Somewhere I read that the place is equally beautiful all year round (with the mention how it’s awesome during the fall). We stopped here an hour before the sunset. But the sunrise and sunset are the most recommended for photography.
The short walk leads from the parking lot to the viewpoint. I liked mostly the far corner of it, as from here trees less obstructing the view.

From Snake River overlook we drove to Oxbow Bend. I think it became my favorite overlook. Wildflowers, river, and geese family are the best foreground for the majestic mountains.
There could be crowdy. But one can always walk down to the river, and find a relative solitude.

I didn’t see this stop in any of the guides I read before the trip. But the place was so marvelous it was impossible just drive it by.
If you are driving from Grand Teton to Flagstaff Ranch or Yellowstone, after the long drive in the woods the first glimpses of Jackson Lake would be a pleasant sight. There is a parking near the lake. There are no toilets, benches, informational signs. Just you, lake and the Teton Range on the other shore.
We stopped there right before the sunset. Mountaintops reflected the last rays of setting sun. The shore was covered with wildflowers.

It was the only our midday overlook stop. And I wish sky had more clouds to create a shade. But never the less, blue of the sky and yellow of the dry plants on the ground made the view impressive.

The grassy Antelope Flats region of the park by itself is very scenic. But the “row” of old buildings make it a famous attraction.
The Mormon Row Historic District is a small village with the buildings dated from 1908 to 1950. It was a settlement of Mormons. The beautiful landscape and fertile soil attracted them here.
The village consists of two parts separated with Antelope Flats road. The two most photographed buildings are old barns, one on the left, one on the right side of the row. Though sites tell that the village is open for public, few of the buildings are still private, and another farm was closed with a chain.
We parked the car in the parking lot of the south part of the village, explored it and on foot moved to the north part.
Another thing to mention, the sun sets here earlier. Actually, it hides behind the Teton and blue hour starts. So if you want to see the beams of light and glowing, be here in advance.

The most sophisticated part of the planning was to select trails to hike. The park isn’t small, and it’s popular – I say, yeap, you will see crowds. In the same time, the backpacking route is not an easy one, needs a permit. And who do I kidding, we wouldn’t backpack.
The range of the day trails is also broad. I did check two parts of the park: everything that starts from Jenny Lake, and few paths beginning from Lupin Meadow Trailhead.

Jenny Lake is one place that most of the guides suggest visiting.
Yes, the place is impressive: clear and scenic, smaller than Jackson, Jenny Lake is a great place to explore the park. But at the same time, I should say, it was unexpectedly crowdy. There are few very popular trails from it.
I didn’t consider them at all because even sources from a few years ago tell about their popularity.
We walked the shore of the lake, took few photos, then went to the boat launching station. There from the bridge, you could see the fish that swim in the water. And the water is clean as glass.
From this place you could do a boat tour, do a charter to the trailhead, rent a kayak, or simply do nothing, eat lunch, and watch people.

The hike that I selected started from Lupine Meadow Trailhead. And there are no lupine flowers if you want to know. It’s a huge dirt parking lot that was 80% full when we arrived.
There few trails that start from here, all of them are have a good deal of popularity. I thought that Garnet Canyon to Cleft Falls trail should be a great option for us.

The trail starts in the woods and goes like that almost a mile with a slight change of elevation. After the mile, the hiking uphill starts. And you should be prepared for it. The trail has a significant elevation by itself, changes height quite rapidly leading you through the series of switchbacks.
But as soon as you start to push yourself uphill, the views become incredible!
The hills were covered with wildflowers, and with each turn, the view over the flat valley and river and lakes opened. Surrounded by the dense forest Bradley and Taggart Lakes are the best two things that would help you to walk all the way to the trails junction.

Seven miles after a start, the trail forks: one continues to Garnet Canyon, another takes a right to Sunrise and Amphitheater Lakes (another 1.7 miles), and Delta Lake (around 0.8 miles).
Garnet Canyon trail after the fork will do another switchback, and become rockier, leading you (surprise!) into canyon overlooking Middle Teton.
Again, as a year ago in Mount Rainer, I haven’t been prepared for the fact that high in the mountain we can still find a winter or early spring.
The first sign of it was crossing a seasonal waterfall. And then after a turn the grey crusty snow that covered almost entire canyon. Falls that Google showed me a week ago still tried to make its way through it. I wish we turned right on that fork.
I was afraid to hike on snow. My shoes were lighter than I would prefer in that situation, and had a thin flat sole. The snow covered rocks and the stream. And that made a hike very extreme for us, unprepared and without a map that showed were precisely a stream is.
I was tired. I selected one of the biggest flat rocks and sat there until I started to feel my feet again (wet shoes, hate them!). From there I could see partially a stream and the falls. The view was good. I even stopped to feel regret for selecting a wrong trail 🙂

From the Cleft Falls, the trail continues up in the mountains. After less than a mile it would fork again. The left one will lead a hiker to the Middle Teton, the right one to the Lower Saddle.
I wish the way back to be easier but no. All the way back we needed to watch for the rocks and roots.
alltrails.com says that all trails starting from Lupine Meadow are hard (except Valley trail that is long and ends at Teton Village). And yes, that’s true. We met visually unprepared, inexperienced hikers on our way, and even for the views, I would not suggest them to hike there.
The one who wants to hike Tetons but is in not good shape, or never before hiked anything may select any of the simple trails that start from Jenny Lake. He will get all the specter of emotions of being in the mountains but at the same time will save his forces for some other exploration and avoid sore muscles the next day.

Grand Teton is a wild corner on the map. During the time that we spent here, we saw so many types of animals that we didn’t see in four years of hiking in California.

At first, I didn’t believe my eyes. We drove from Snake River Overlook to the Oxbow Bend. At first, my attention grabbed the cars parked near the field. At the first glimpse, I laughs, they photographing cows. At the second, I wanted to stop there. It wasn’t a herd of bulls, bisons grazed on the field.

On a second day, we drove near this field again. There was no one near the fence. But cars still stopped. One big bison stood near the side of the road. No one tried to approach him, but everyone tried to get a photo from the car.

The two deer we met during Garnet Canyon hike. Though most of the road I looked for bears.

Others, not photographed though 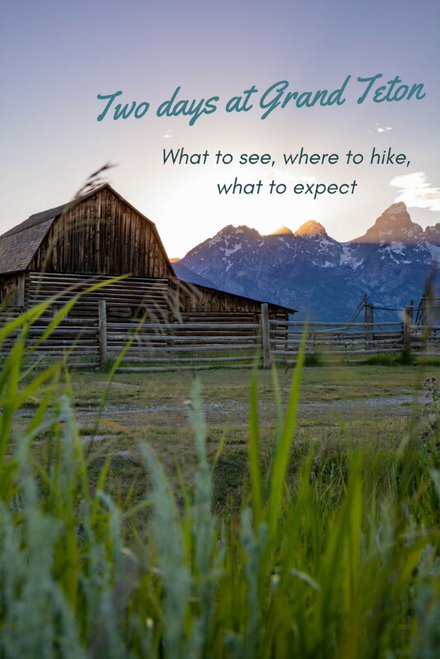 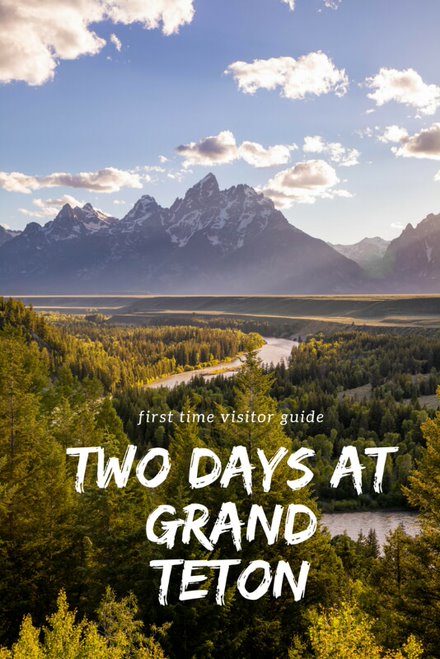