If to think, Cape Blanco State Park is one of my favorite places on the Oregon Coast. First of all, it has a lighthouse. Second, the coastline is beautiful. Third, the area has a nasty character, and I love it! You will ask: what do you mean by “nasty character”? The westernmost point in the state, state park, tends to have gusty, almost dangerous winds most of the time.
Two years ago, when I naively planned to complete our all-Oregon coast lighthouses trip, we stopped there only to be scared by the strong gusts that didn’t allow me to open the car door.

I cannot say that the wind was milder during our Memorial Day trip. Okay, maybe a bit. But at the same time, I came prepared. I read everything that I could find about the place. I googled the weather forecast that told me that the wind would be stronger closer to the end of the day.
Of course, that trip was almost photo-less for me. I was lazy to shoot in the golden hour, or sunset, or sunrise. The weather was not comfortable (that’s one of the primary excuses for my laziness): the sun was bright, the wind was cold and gusty, and there was no fog at all – I love the Oregonian coast covered with grayish clouds and fog…
We drove midday from one place to another; I tried to get a few decent shots. We hiked a bit. But mostly drove.
Cape Blanco was our last stop of the day. And we were almost close to the golden hour (I’m lying, it was two hours before it). Though, nearly everywhere during late May in Oregon trail was surrounded by wildflowers. The wind almost blew the camera out of my head. And I practiced “power-pose,” trying to be at least for a few seconds stable.

We were too early for the golden hour but too late for the lighthouse tours. Photos showed the spiral staircase insight of the building and working Fresnel lens on top of the tower. But being late for the tour allowed us to be almost alone in the entire place. We parked before the gate (closed) and walked to the lighthouse grounds.
There are two famous haystacks in the park:  Gull Rock and the famous Needle Rock.
A trail follows the south bluff and eventually leads down to the beach to Needle Rock. Or it’s possible to drive almost down to the beach and walk it. There is also a campground nearby. 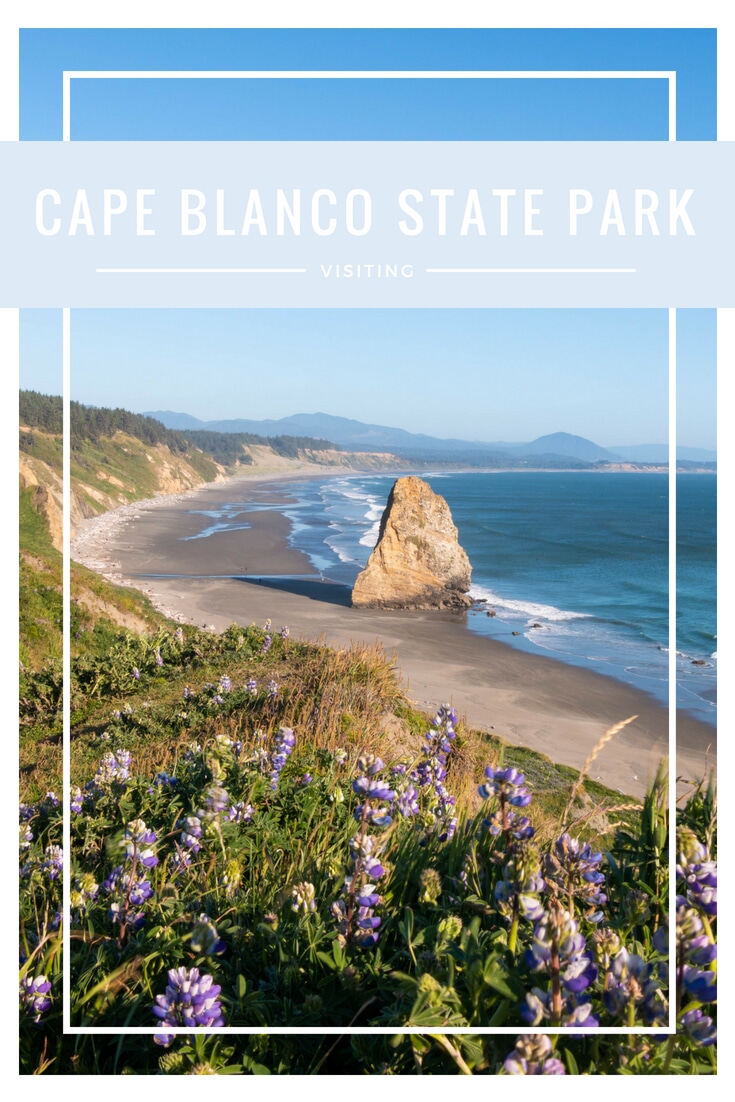 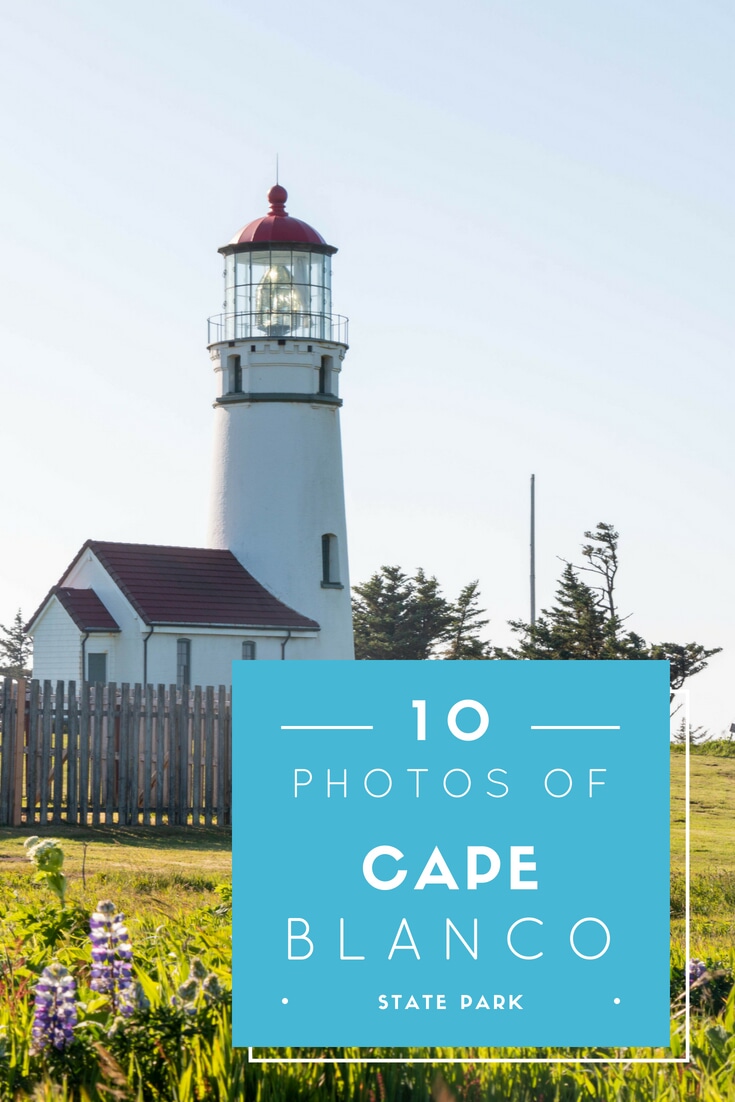