Two posts later I decided that it’s time to tell about Continental Divide. Continental Divide, also sometimes known as the Great Divide, is a hydrological divide of Americas. It begins from Cape of Prince of Wales in Alaska, crosses Yukon, British Columbia, follows the Rockies through the rest of Canada, Montana, Wyoming, Colorado, and New Mexico. It goes all the way through Mexico, Guatemala, Honduras, Nicaragua, Costa Rica, Panama, and continues in South America along the Andes. There are a lot of interesting facts about divide, its peaks, and routes. But the main reason why it’s a divide is that it separates the watersheds. Everything west of it flows into Pacific, east into Atlantic (or the Arctic Ocean for northernmost rivers).
Somehow it happened that the July vacation was built around the continental divide. And the hike in Wind River is not different.
The Wind River Range is a part of the Rockies in western Wyoming. If you are driving to Grand Teton from Colorado, a few hours before the entrance, you will start to see extremely handsome (can I say so about peaks?) snowcaps.
As soon as I saw the picture of them, I knew I would like to hike there. Though there are numerous day hikes, Wind River is famous for its backcountry tracks, for example, Cirque of the Towers (oh, google it!). Major (I mean paved or at least SUV passable) roads are in the north-west part of the range. At the same time, there is Sinks Canyon State Park accessible from the east. But it lays in the southern part of the chain which has smaller peaks, 1000ft or lower in elevation.
The problem for us was that we have the only half day to hike there. And so the list of the places we could visit was very limited. So Pole Creek Trail to Photographer’s Point sounded like a great plan. It starts from Elkhart Trailhead which could be accessed by paved (!!!) Fremont Lake Road.
The hike is long – 9 miles – but flat and easy to moderate. The only problem that we got was insects. The trail is popular with hikers and equestrians. But we started it in the seconds part of the day closer to 5 pm when most of the hikers return back to their cars, and only backpackers start.
The trail is pleasant: it passes through the woods, meadows with the distant mountains views, all the way to the edge overlooking a deep valley.
Photographer’s Point is an overlook above the Fremont Creek Valley. The viewpoint is close to the trail. However, there are few places with the even better view though you need to explore around to find your way through the cliffs.

From here the trail goes further into Bridger Wilderness to pass several lakes and ends up at the fantastic Island Lake. The way back from Photographer’s Point is easier than the way to it.

While in the region it’s worth to check nearby Fremont Lake. There is a beautiful viewpoint from the Fremont Road.
Before starting the hike, we spent a few hours on the lake swimming in its cold water and sunbathing. Though the beach was tiny, there was enough space for us.

Link to Elkhart Trailhead on Google Maps
Recording and the route map from alltrails.com 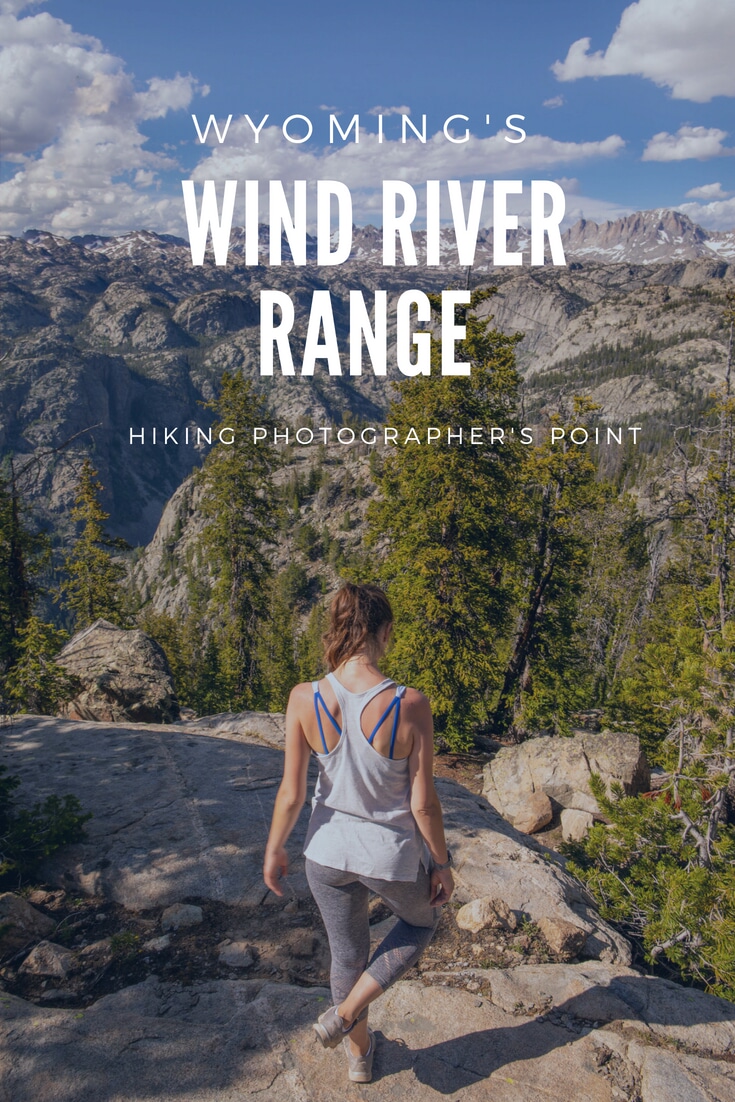