Spring is an excellent time of the year to visit Oregon. Crowds are smaller, leaves are greener, and all majesty of waterfalls in their full might.
My friend had a Spring break, but she had only three days available, so this trip was shorter than initially planned. Also, all three days were weekdays. I assume that weekends will change crowds in some of the places we’ve been.
We flew to Portland early Monday morning, get our booked car, and immediately drove away from the city.

I didn’t see a lot of these falls on IG or Pinterest. And I found them by chance. Upper Beaver Creek waterfall is more of a roadside attraction. We actually missed the parking lot (more turnout, I say). Google said there is parking on the opposite of creek side of the road. But actually, you need to search for a small space near the creek.
I think, when it’s warm, the upper falls are great swimming hole but the falls during the season look nice.

The Upper Falls requires a hike. A different source says a bit different length, I suppose it’s around 1.5 miles out and back easy to moderate. The falls are big, higher than one can expect to look at photos.
We had great light, there was sun but also a good layer of clouds, so it was easy to photograph them from the right side. To have well lighted but not blown out the photo from the left side, you will need an overcast day or visit before the sunset.

We then drove to another waterfall close to Astoria, then returned to the town for lunch, and then drove to one of my favorite Oregon parks, Ecola State Park.
Last time I’ve been there with Eugene a few years back. I wanted to see Tillamook lighthouse, but clouds and fog covered the skyline completely. Though I loved the views.
This time, we drove to the Indian Beach parking lot and spent some time walking along the ocean. Though clouds covered the sky, we still had a great view of Tillamook Lighthouse.
From there we returned back to Ecola Day Use area to get the iconic photo of Cannon Beach.

When I planned Cannon beach, I thought about sunset, milky way, and sunrise shooting there. But the weather changed everything. We checked in our hotel under the grey storm clouds that left none of the skies visible. There was no sense to wait for sunset. So without any delay, we went exploring the coast and the town.
Our hotel was in the northern part of the town right on the shore of Ecola Creek. We went down to the beach and went all the way to the haystack.
It was Monday evening, but the beach was busy. I only could imagine what’s happening there on the weekend.

On a second day, I woke up with the sound of rain. That Tuesday was the wettest day of our trip. Another thing that I didn’t expect, most of the places were closed – because it was Tuesday and because it was still not the high season. Finally, after finding the coffee and pastry, we left the town and head down the coast. I had a few places to stop, but the rain and fog became heavier. Instead, we drove to the Tillamook Factory for some ice cream and lunch.
From there we drove inland. The rain didn’t end entirely for most of the road, but sometimes we saw the sun. Our destination was Silver Falls State Park, another very famous park in the state.
When we entered the parking lot near South Falls trailhead, we were met with the drizzle. Under those conditions, we hiked to South Falls.
The weather wasn’t the best to hike even a part of the trails, so we sat in the car a drove further to the North Falls. North Falls met us with steady rain. The stairs down the falls were wet but not yet slippery. At first, I thought about hiking North Falls loop, but the rain became more substantial, so we decided to go and check Upper North Falls.

Wooden Shoe Festival was the primary goal of the trip. Here you can read everything about our visit.
I definitely recommend everyone who is in the area in Spring to check this place, it will leave unforgettable memories.

On the third day of our trip, we woke up early for sunrise at Wooden Shoe Festival, then returned back to the hotel for breakfast. It was still early morning when we left for Portland.

Japanese Gardens in Washington Park was on my list for a very long, and I cannot visit Portland without a stop there, especially during the bloom.
We’ve been near the entrance right before the opening. However, before entering the park, we walked towards Rose Garden to see the blooming cherry trees.

It’s not my first Japanese Garden, more like 10 or 11th but I found it very original. Hillside landscape added unique charm and moss that covered passes and rocks transferred the mind in the Miyazaki’s anime (and to the “Only Slightly Exaggerated” ads of Travel Oregon). And it’s actually reminded me Bay Area’s local Hakone Estate and Gardens.

We spent around 40 mins in Washington Park. The rain started again, so we retreated to the coffee shop to wait for it to end. After the dose of coffee and under the Portland sun we drove to the lower terminal of Portland Aerial Tram.

We’ve got our lunch and stroll a bit on Willamette Eastbank Esplanade.
We still had time before the flight back and the rental car, so the best decision of that day was to drove towards two of the most iconic Oregon vista points 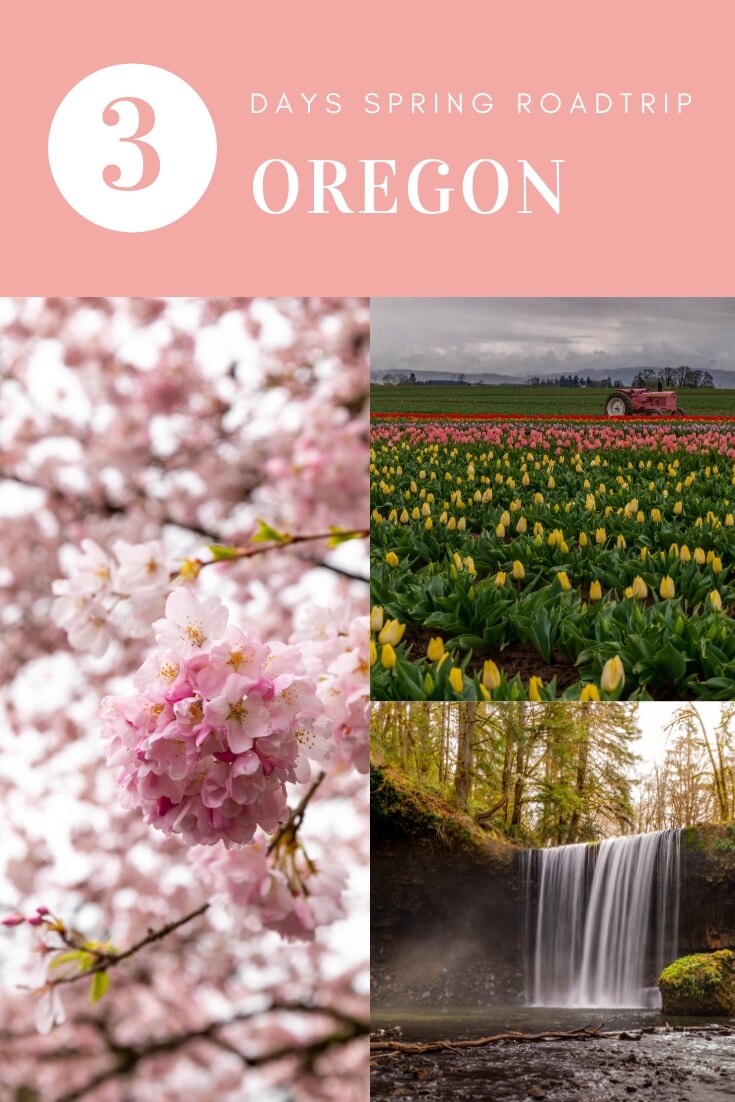 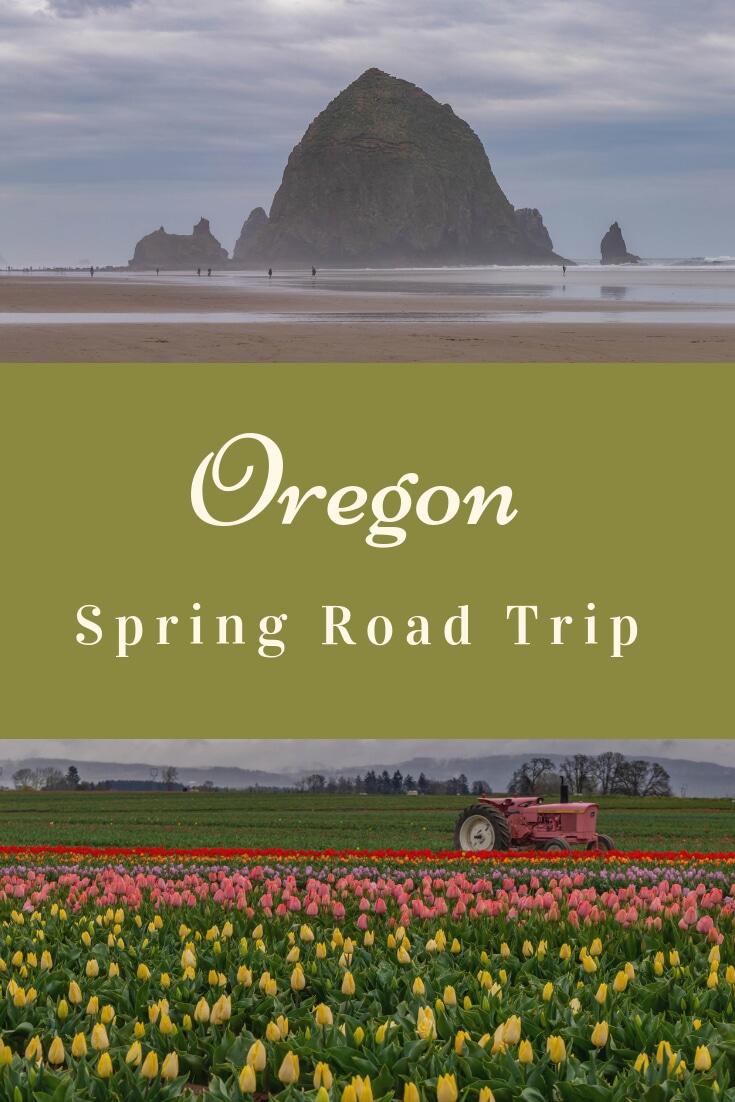